An Evening With Steve Perryman

Q&A Evening With Steve Perryman. An Affordable Evening For All To Enjoy.

£25 Per PersonAlso, Supporting SAVE Safeguarding Young Children In Sport. www.saveassociation.com

A little brief on Steve Perryman.Steve was born in Ealing, Middlesex. A midfielder and later defender, he played in a club record 866 first team appearances, in all competitions for Tottenham Hotspur between 1969 and 1986 and was their longest serving player. During his seventeen-year career with Spurs Perryman collected many medals, winning the UEFA Cup in 1972 and 1984 (playing in both legs of the 1972 final and just the first leg of the 1984 final as he was suspended for the second),[6] the FA Cup in 1981 and 1982, and the League Cup in 1971 and 1973. Perryman was voted the Football Writers' Association Footballer of the Year in 1982. 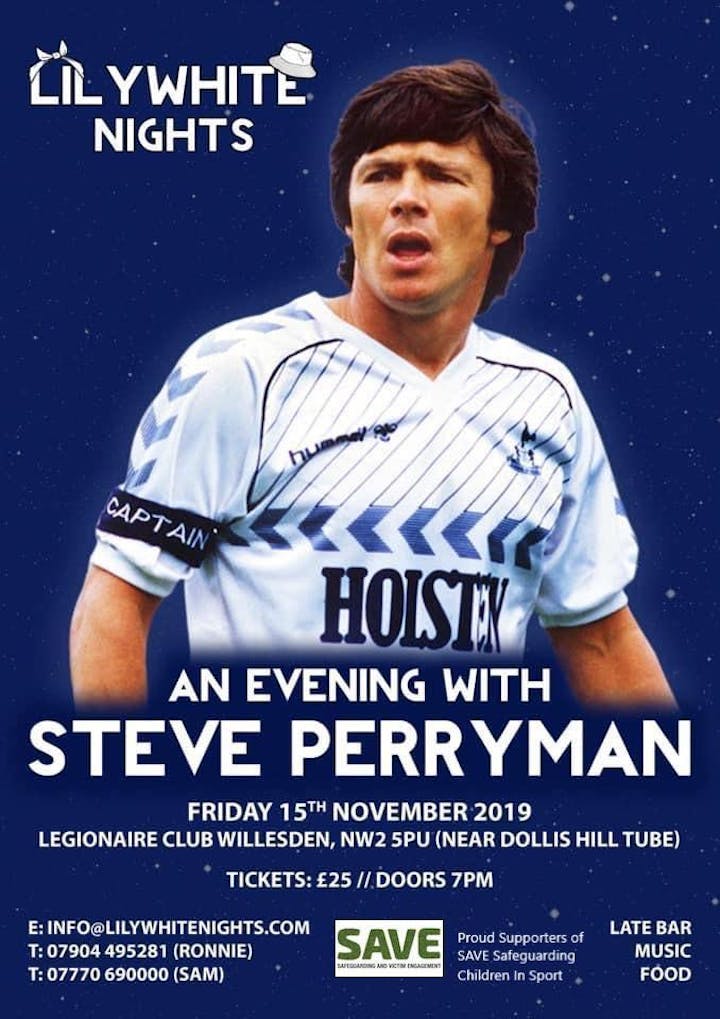 The best nearby experiences from our partners

eventbrite.co.uk/e...27?aff=ebopdstevensi
Event from
eventbrite.co.uk
Are you an event organizer?
Create events for free. They will be immediately recommended to interested users.
Create event
Acton ›
Lilywhite Nights ›
An Evening With Steve Perryman
Check out other events in London

Stay updated on An Evening With Steve Perryman and find even more events in London.